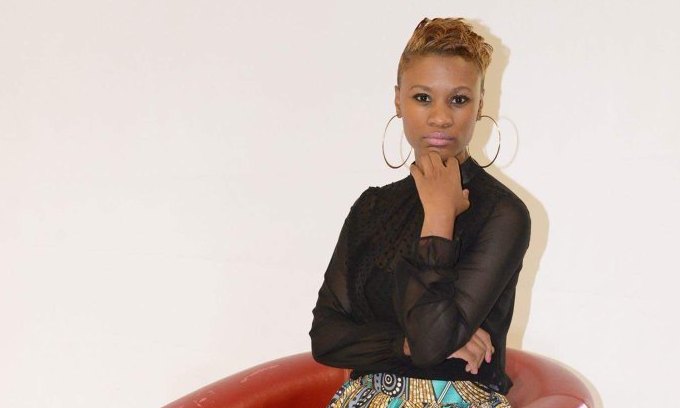 As a new dawn rises upon us and we welcome our most exciting month of the year, we begin our Women’s Month with the woman who made one of our dreams possible by manufacturing hundreds of school shoes for the learners of Atlehang Senior Secondary School for our Mandela Day campaign. By now we’ve probably mentioned her name a few times but we’ve decided to actually share her story on how she went about pursuing her own dreams before colliding with ours.

Lerato Senoko grew up in Bloemfontein and matriculated from Eunice Girls High in 2003. She went on to do her ND Tourism Management at Tshwane University of Technology in Pretoria and her Advanced Project Management with UNISA. She started working as an intern at Sibaya Casino, did a lot of promotions for a couple of companies and briefly worked at BMM Compliance as a Project Administrator. In 2009 she moved back to the City of Roses and mentions this as a time of wilderness for her as she struggled for the next 3 years with unemployment but it somehow served as a blessing in disguise.

“This was the time I had to soul search and the time God gave me to raise my son, to build a solid foundation at his developing stages. I must say these were the toughest times I had to reflect on why I was there at the time and what I wanted to do with my life and those were the questions I would ask myself. I didn’t know then that I was an entrepreneur but the desire to create something was strong in my heart so I kept on looking for a job”

In 2012 the idea of starting an urban style company came to mind, so she registered UNXPECTED Clothing and did her first 20 sampled caps and they were sold out but due to lack of finances for production, she put the company on the back burner. She looked for yet another job still here in Bloemfontein and worked as an Events Coordinator at a productions company, then as a Project Assistant at a Marketing Company. She did all this to try and keep up a day job that would provide enough financial backing to pursue her dream and to keep providing for her son. She eventually got fired from her job and this served as a reality check and some sort of sign from God to continue pursuing her dream relentlessly. With nothing else to fall back on, she did her research on clothing and shoe manufacturing and found a mentor who made shoes and everything started falling into place.

Along with being her own boss came some challenges but her biggest challenge was a lack of resources in the types of shoe machinery found in South Africa. After her recent trip to China however, she has found that the true challenge is being able to source the funds to be able to buy the machinery to bring to South Africa but she says that one of the attributes of an entrepreneur, is to find a solution to your problem.

Her proudest moments since starting Unexpected Clothing includes adding their sneaker brand called UNX Sneakers into the brand and being invited to speak at the Young Entrepreneurs Conference and EXPO recently. In July 2017 they were fortunate enough to be the first Free State Company to be invited to the Torino Fashion week in Italy, which opened international markets for them and in October that same year they got the opportunity to go to China, Ghaungzou at the CISMEF. When they went back to Italy again this year, they launched their ladies range Unxpected Women at the Torino Fashion week, which will be launched in South Africa soon.

They’ve been soaring high this year as they have been interviewed on several national platforms such as Lesedi FM, The Thabooty show on 5FM, The New Age newspaper, Bloemfontein Courant, Morning Live and Sunrise. Lerato has also been selected as one of 26 shoe makers to receive more training in footwear in China at the Chinese Footwear Research Institute which will commence now in August.

On why she thinks she’s a woman who rocks, she says he son answered it best when he said she rocks because she prays! Her dreams for the company are to be able to open up a shoe factory that will be able to employ over 200 people. Her ultimate goal is to help other families put food on the table and to give back to her community by training the youth, developing them and showing them alternative educational strategies for a successful school to work transition so they can one day open shoe businesses of their own.