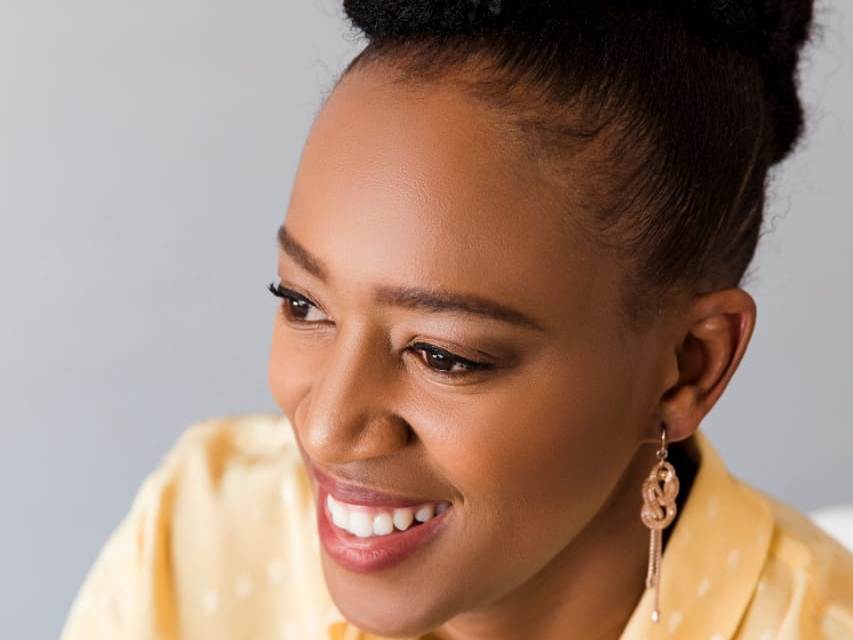 Business Mogul Lerato Rampana went to high school at Mariasdal Secondary School, located in the small town of Tweespruit. After her father passed on during her time in Mariasdal, she had to come back home to Bloemfontein and she then finished her high school career at Headstart High School, doing standard 8, 9 and 10. She couldn’t apply to a university straight after matric because of the circumstances at home following her father’s passing but eventually enrolled at CUT doing Cost and Management Accounting, which she had to drop out of after 2 years because of finances. Lerato then went on to work in retail; starting at ABC Shoes where she earned about R50 at the time working on weekends where the store manager paid her from her own pocket. She worked at various other stores such as Miladys and Sales House and ended up at a jewellery counter at Edgars for about 3 years where she later moved to an Edgars in East London in Cosmetics where she then got a call from FNB in Public Sector Department. She unfortunately did not get the job at FNB Public Sector but started hustling as a Make Up artist. While doing make up artistry she was called back to FNB and worked as a PA to the Head of Department from 2004 to 2006.

When she left FNB she moved from Bloem to Johannesburg to work for Ernst and Young in their Sales and Marketing Department for another 2 years. It was here where she got inspiration to do start her own business doing business cards and corporate identities. When she left Ernst and Young she went to work at a company called Nexia SAB & T as their Departmental Manager of Business Development. She resigned in 2008 and came back home to Bloemfontein and registered her first company. The business did not pick up in the beginning but her and her partner kept pursuing the dream, she even got another job so she could still fund her business. They started by doing business cards, logos and branding and it slowly grew to them doing MACUFE golf, which started in 2009 and is now an annual event. They were also lucky enough to have a cleaning services deal with Standard Bank, which they didn’t have experience in but have excelled in. She also counts the 2010 World Cup as one of their big breaks.

As many other female entrepreneurs she has had to encounter people who promise you work but the work would come in the form of dinner dates and being courted instead of the actual work ever materializing. Finances were also challenging in the beginning but Standard Bank had been very engrossed in pushing the development of small business so they would receive funding for the products they needed to keep the company going. Lerato has always been very disciplined when it came to money so she saved whatever money they accumulated by paying herself peanuts and reinvested the rest into the company. She also promised herself that she would always pay her employees on time even when the government would not pay them on time because she knew how important it was for them to put food on their families‘tables.

She counts having been able to run her company for more than 10 years because not many small businesses can be managed or sustained for that long. There are several companies that have been in existence for longer than hers but have struggled to grow. She has received a Standard Bank Top Woman Award and says that it was very humbling for her because she had not expected it as things such as these hardly every happen in Bloemfontein or the Free State.  She has also recently been featured in Destiny Magazine Power of 40 as one of the people being celebrated for amazing work in their fields. As a young girl when the magazine was started, she looked up to Khanyi Dhlomo but never imagined that she too would be in that great magazine. She alludes this to the power of the tongue because she believes in speaking life into your own life.

Although laughing it off and asking “Do I rock” Lerato says that she thinks she rocks because she is always herself, she isn’t easily fazed by what people say or any outside noises. “I am very comfortable in my skin and I love my job. When I wake up in the morning, I am excited and I look forward to going to work. I always want to go to work, I really really just love what I do and I enjoy it because I am here on time everyday unless I have a crisis that I have to tend to. I rock because I am myself, I celebrate other women that are doing big things. I like to empower those that want to learn.” They employ about 32 people and most of them are women which they train and then promote to a higher position as they grown in the company.

Her dreams for the future include growing the company and working on International grounds. She would also like to be involved in commercial radio, expand into and include an IT division in her company and possibly go into property.