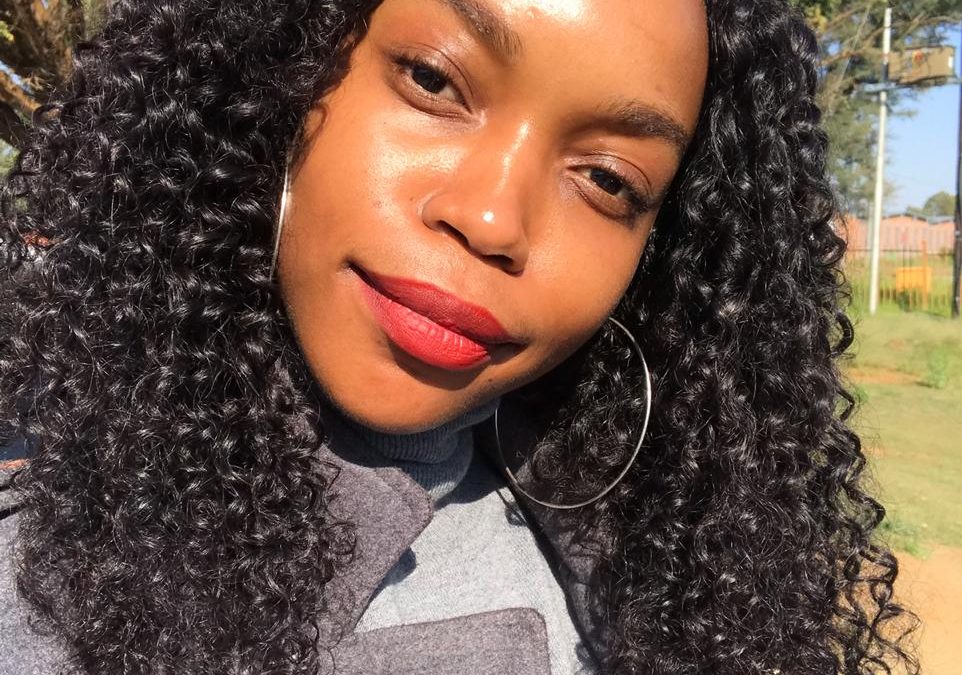 We recently caught up with Keabetswe Jan in an exclusive interview and a first of many about her upbringing and everything that led up to her explosive “O JEWA KE ENG?” tweet that just won’t stop blowing up her phone. Born and bred in Grassland Bloemfontein, Kea, better known as @akreana_ on her social feeds, brushes off speculations that she is from Johannesburg. Kea is an 18-year-old Bloem girl who started her schooling career in Kruitberg Primary School and went to St Michael’s Girls School from 2014 and finished her matric last year.

Kea has always had an interest in people and started helping out her peers with their problems while still in high school but just doing small things like lending an ear and offering help where she could.

“It was not professional because I was still in matric, but I posted on my bio that people should text me or DM if they ever needed someone to talk to because depression is really real”.

In the event that she could not offer help, she would seek out people who could assist or resources for those in need. Her dream has always been to go into psychology because she’s always had a passion for people; helping them and giving back. However, after some time she realized just how many psychologists actually exist and she opted for gynaecology. She says through gynaecology, she would still be able to help women with their cervical issues. Kea is currently studying nursing at the Free State School of Nursing (FSSON) doing her first year and she is also working as an intern at Phedisa Health Clinic.

What we’ve always wanted to know, including thousands of other people is what she was going through when she posted that tweet, KEA O NE A JEWA KENG?! She laughs and says that she remembers the morning vividly, it was 7 in the evening and she wasn’t bothered by anything or even throwing “skempe” at anyone. The tweet came out of genuine concern because she had posted “Say It With Your Chest” in December 2018, and while people still responded to that tweet, it somehow did not receive as much traction as the legendary “O JEWA KE ENG” tweet which has seen her get responses from South African President Cyril Ramaphosa and earned her her verification stamp. She had no idea that those 4 words would catapult her life in that manner because she had been asking people to vent to her from high school. “Contrary to popular belief, I still had a large following on social media, with about 50 000 followers on twitter prior to that one tweet”. She now sits on more than 100 000 followers on Twitter alone.

She’s since founded a foundation, O Jewa Keng Foundation which aims to help people find jobs and receive professional help for their psychological problems. Through her tweet, she found that most people were dealing with abuse and depression, mostly due to unemployment and not having funding for their studies. She was and still is amazed at the amount of help people received through her RTing what they needed. She’s had people receive help with their tuition fees, domestic violence and get permanent employment. She currently has a job vacancy thread on her timeline for anyone seeking employment, given that they meet the requirements.

Having helped so many people from just that tweet, Kea is extremely grateful for touching several lives and being able to help them. “I have no words, but I’m glad that I have been instrumental in people receiving jobs and unburdening them of their tuition fee woes. It feels so good that I did something. Even though I didn’t think it would be this impactful, I’m glad it happened and that people are getting the help they need.”

As we head into Youth Month, Kea would like to encourage her peers to be more giving of themselves because you never know who you can touch by living your truth. She’s faced backlash from people asking her to take down her tweet but she says there will always be negative energy from some people throughout ones life and she would like to advise her peers to not give into those noises. She mentions her mom as her go to person when she needs a shoulder to lean on.

Kea has been Ayana Magazine’s youngest Ambassador from August 2018, because of her offering counselling to people last year. She is also an Ambassador for Koena Clothing, the face of Noni Exotic Hair and sells her own “O Jewa Ke Eng?” T-shirts. Her aspirations for the future include being successful and happy. “Ha ke popa, ke batla batho ba pope le nna! I don’t just do things for myself, but for the people in my life as well.” Besides that, she just wants to go into medicine as that has been her main goal from childhood, mainly gynaecology as she loves babies and is fascinated by a woman’s body and what it can do. We wish her all the best in her future endeavours as she has even bigger plans lined up for herself, which she cannot reveal at this moment.