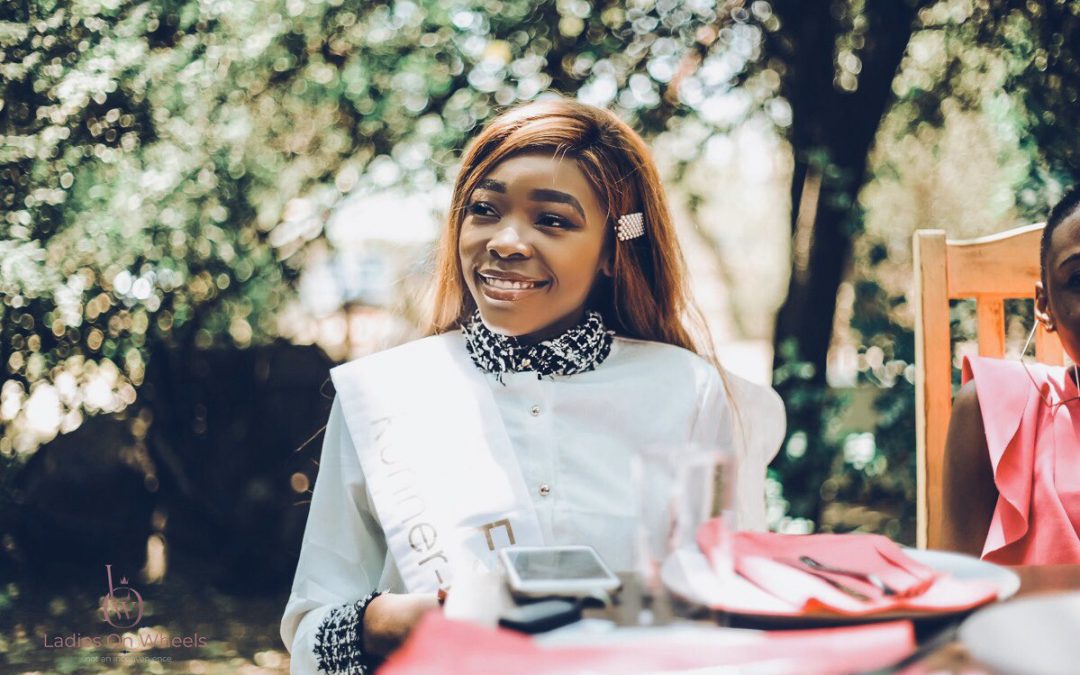 Esihle Mhluzi is a young advocate who was born in Johannesburg but she was raised in small town called King Williams Town in the Eastern Cape. Esihle is currently pursuing an LLB Law degree at the University of Free State. She is also a public speaker, board member of a NPO based in East London called Amaqhawekazi, a NTOMBAM Ambassador, SRC Vice President Executive Chair and the Chairperson for the UFS Universal Access Council and the current Face of Free State Fashion Week.

When she was just 10 years old, Esihle was faced with a physical impairment. She had undergone an intense spinal cord operation that then left her physically impaired. “I form part of the fortunate few who are able to be completely independent when it comes to my day to day runnings. I believe that having this impairment does not afford me the opportunity to be complacent so I am not above doing the same things that would be expected or deemed normal from an able bodied person such as being able to drive and being a model.”

“I do believe that my being differently abled has hindered me in certain capacities considering the fact that I had to adapt from being an athlete in my childhood to being coerced into using my body for other purposes. I often speak on how I do not think I would have discovered my love and passion for public speaking and debating had it not been for this transition. So in activating those things that I find key components in describing who I am, I am grateful that I was blessed with being in such a body. Moreover, I do not believe that my impairment limits me beyond not being able to walk without crutches. That is where my advocacy comes in.”

In the eleven years that she has been in her unique body, she has made it her life’s mission to speak for girls that look just like her. “I am moved by the notion that everything happens for a reason and had I not been awarded the privilege of being in this body then girls like me would not know that being in bodies like ours is not a hindrance and that we are still positioned to access glory in its abundance. Those who know me know that I often advise against people who want to stand in the gap for girls like me but do not have the lived experience to corroborate their cause. Mine is then to be that voice for those young women.”

Having to grow up with such an impairment was not a smooth ride for her as she very often felt that she needed to overcompensate for that which she felt she lacked and what society would often remind her that she lacked. This inadvertently turned her into an overachiever which was governed by the belief that if she gave all that she could and had titles to her name then people would not see her impairment. “I always had the desire that people would see past what I considered an unfortunate circumstance and actually focus on other parts of me I had to offer.”

Esihle believes that there is reason why everything happens and that there obviously had to be a reason that she wound up in her body so instead of living in shame for something she did not ask for, she decided to search for that reason. As soon as she discovered her ‘WHY?’ which was to breathe life into young girls like her who are searching for their why, she then had to decide ‘WHAT NEXT?’

“Being in this body further employed me to never settle. It is not fair that girls like me have to live believing that we have to take whatever we are given. I rebuke that. I made a very conscious decision to ensure that the man who would dare look in my direction would have to be very intentional in their pursuit of me. I have been blessed with exactly that. I have particularly fallen in love with how eager he is to unpack and unlearn the unpleasantries of the system of ableism.”

“Mine is simply to be the voice. I have experienced all that there is to comprehend when it comes to seeing how the system deals with women, especially black women never mind black, impaired women. We are going to dismantle all the systems that demean us, even if it takes us a lifetime. I employ girls like me to never let anything hinder them from accessing glory.”